Despite Audi’s rally-success, the U.S. was more or less unaffected of this, as rally has never recieved the same level of popularity as other motorsports. To make a mense and market Audi, in 1986 an early Audi 200 was re-branded 5000 CS and built to NASCAR standards to achieve a record for top speed at the U.S.’ fastest speedway-circuit, the Talladega.

The car itself did not look any different from a standard 200 except for minor details as a spoiler lip, a small rear spoiler and side sills for improving down force. Additionally, both side view-mirrors were deleted to decrease drag coefficient.

A fully adjustable suspension, lowered at 40/40 improved the handling of the car. This, and the reducing excessive weight by aluminium bonnet, kevlar-doors and fenders, along with plastic windows (except for the windshield), gave the Talladega a weight at 1072 kg, and a much lower center of gravity.

This engine is a very special one. It features valve-angles at 47°, and is Audi’s first engine with 5-valve technology. Besides this it is very similar to other 20V engines, but had titanium rods and pistons with special cooling ducts. Two injectors per cylinder and 2.0 BAR boost resulted in 650 hp. It was also equipped with a dry sump because of the huge lateral forces during the record attempt. 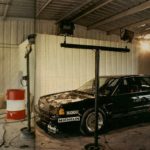 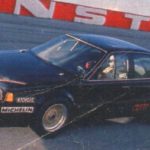 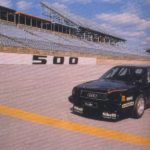 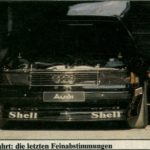 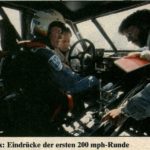 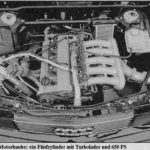 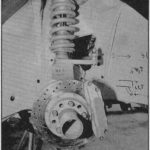 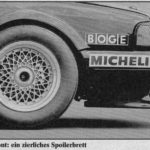 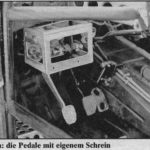 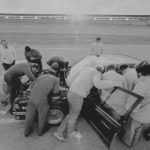 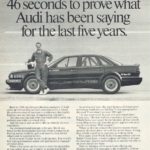